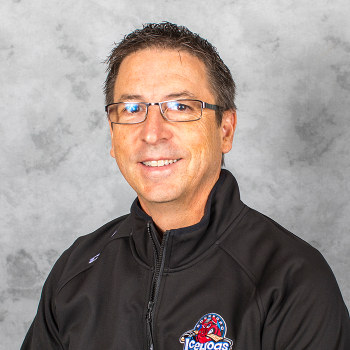 Russ enters his 13th season as the IceHogs Head Equipment Manager in 2021-22. He oversees all of Rockford’s equipment operations including travel and transportation of the gear, maintenance and ordering.

Prior to coming to Rockford, Russ was the assistant equipment manager with the Chicago Blackhawks for three seasons.

The Castor, Alberta native held head equipment jobs with the AHL’s Norfolk Admirals (2005-06) and in the ECHL with the Jackson Bandits, Louisiana IceGators and Reading Royals. With Reading, Holden was named the 2004-05 Equipment Manager of the Year.

During the off-season Russ likes to golf and during his free time he enjoys spending time with his wife Stacy and son Jackson.