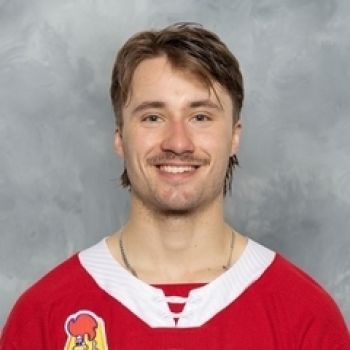 Rockford More Than A Waypoint for Beaudin

2018-19: Named to the QMJHL Second All-Star Team for the second time in four seasons as a member of the Drummondville Voltigeurs...Was limited to 53 games but set a career-high plus-60 rating while adding seven goals and 49 assists for a total of 56 points...Led all Voltigeurs defenseman in goals, assists and points for the third straight season...Participated as a member of Team QMJHL in the CHL Canada-Russia Series in November and notched one assist in two games.

2017-18: Named a QMJHL Second Team All-Star after setting career highs in goals (12), assists (57) and points (69)…Tied for fifth in the entire OHL in assists and led the Drummondville roster in assists and points in both the regular season and playoffs…Awarded the Voltigeurs Offensive Player of the Year Award…Drafted in the first round (27th overall) of the 2018 NHL Draft by the Chicago Blackhawks. 2016-17: Topped the Voltigeurs in assists with 36 in his first full OHL season and led all defensemen on the club with five goals and 41 points. 2015-16: Made his first appearance with Drummondville, suiting up for 26 games and adding one assist…Spent the other half of the season with the Châteauguay Grenadiers in the QMAAA where he scored five goals and 18 assists in 21 games.