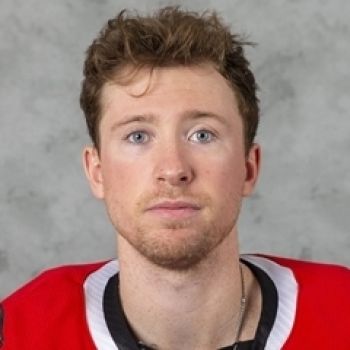 2018-19: Completed senior season at Canisius College in 2018-19, where he led the team in scoring with a better than point-per-game average of 40 points (19g, 21a) in 37 NCAA contests as an alternate captain...Established career high in goals and his 19 markers ranked tied for ninth in all of Division I hockey...Also finished second in the nation with 151 shots on goal...Signed a two-year AHL contract with the IceHogs on March 13...Made his pro debut on March 15 at Grand Rapids...Totaled two assists in seven AHL games with Rockford.

Career Notes:
2017-18: Finalist for Hobey Baker Award...Logged a career-best 48 points (17g, 31a) and finished tied for eighth in the nation in total scoring with his 48 points trailing fellow Chicago Blackhawks prospect and Hobey Baker nominee, Dylan Sikura, by just six points...Also tabbed the Atlantic Hockey Conference (AHC) Player of the Year, AHC scoring champion and named to the All-AHC First Team. 2016-17: Helped Canisius to 18-4-6 conference record and school's first ever first-place finish in the AHC. 2015-16: Made collegiate debut with 26 points (8g, 18a) in 39 games.