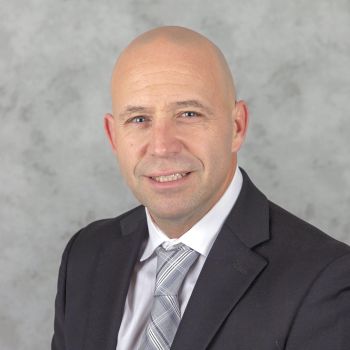 Snider joined the IceHogs in August of 2021 as the President of Business Operations and enters his second season (2022-23) with the organization.

Since 2006, Snider has served in several leadership roles for Spurs Sports and Entertainment. In his most recent role as Associate Vice President, Franchise Operations and Business Development, he oversaw all business operations for the Austin Spurs of the NBA G League, as well as leading several key business development initiatives for the San Antonio Spurs. During his tenure with Spurs Sports and Entertainment, he also oversaw business operations for the San Antonio Rampage of the American Hockey League (2007-2020) and the San Antonio Stars of the WNBA (2012-17).

“Ryan’s hiring underscores how important the IceHogs franchise and city of Rockford are to the Blackhawks organization,” Blackhawks CEO Danny Wirtz said. “As the IceHogs begin this new chapter, we’re committed to bringing in top talent that are innovative, that work collaboratively and who will better the team and surrounding area. Ryan checks those boxes, among many others, and we’re excited for him to pave the way in Rockford.”

On April 7, 2021, the Blackhawks officially announced the purchase of the Rockford IceHogs. Part of the deal includes a $23 million multi-year capital project to revitalize the BMO Harris Bank Center – Rockford's largest sports arena and entertainment venue. On July 1, 2021, AHL President and Chief Executive Officer Scott Howson announced that the AHL Board of Governors had approved the transfer of ownership of the IceHogs AHL franchise to the Blackhawks.

In addition to his job with Spurs Sports and Entertainment, Snider was the Assistant General Manager/Alternate Governor for the Fort Worth Brahmas, a professional ice hockey team from 2004-2006. Snider has also worked for Dartmouth College, Skyhawks Sports Academy and both the Villanova and Cornell University Athletics Departments.

“I’m both humbled and appreciative of the opportunity to join such an amazing organization and being entrusted to lead the Rockford IceHogs,” Snider said. “From my interviews and meeting those in the Blackhawks front office, I can sense the firm commitment the organization has to the IceHogs and the City of Rockford. Their devotion is why I can’t wait to get my boots on the ground and begin working to make the IceHogs the premier franchise in the American Hockey League.”

Originally from Star Lake, NY, Snider earned his bachelor’s degree from Ithaca College and MBA from Penn State University. He and his wife, Tania, have two sons, Mason and Dylan.