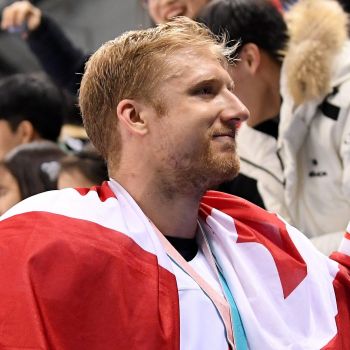 Klinkhammer skated with the IceHogs from 2008-12 and ranks eighth all time in games played with 242 appearances and recorded 44 goals and 65 assists for 109 points. During the 2010-11 season, the Lethbridge, Alberta, native became the 36th IceHogs player to reach the NHL when he made his debut with the Chicago Blackhawks on Dec. 8 vs. Dallas.

After his time with the IceHogs, he played for current Chicago Blackhawks Head Coach Luke Richardson while with the Ottawa Senators (NHL) during the 2011-12 campaign. Richardson was an assistant coach while Klinkhammer appeared in 15 contests (2A).

Over parts of seven seasons in the AHL (2007-13, 15-16), Klinkhammer totaled 236 points (96G, 140A) in 423 games with Norfolk, Rockford, Binghamton, Portland and Bakersfield and dressed in 193 career NHL matchups over six seasons with Chicago, Edmonton, Pittsburgh, Arizona and Ottawa adding 22 goals and 21 assists for 43 points.

Before moving into the coaching ranks, he spent the last six seasons overseas in the KHL with five different clubs and registered 157 points (81G, 76A) in 269 games. In 2017-18, he won the KHL’s Gagarin Cup with Ak Bars Kazan and claimed a bronze medal with Team Canada in the 2018 Olympics in Pyeongchang.