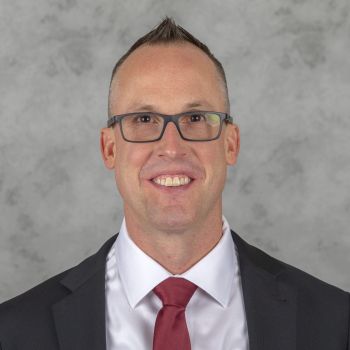 Peter Aubry is in his eighth season (2022-23) in the role of developmental goaltending coach. Under his leadership, the IceHogs' goaltending corps ranked second in the AHL in save percentage during the 2018-19 season, with Collin Delia, Anton Forsberg, and Kevin Lankinen combining for a .913 save percentage and Delia and Lankinen both graduating to the Chicago Blackhawks.

The Windsor, Ontario native originally joined the IceHogs organization in 2015 after serving as an assistant coach at Lake Superior State University in 2014-15 and Mercyhurst University from 2011-14.